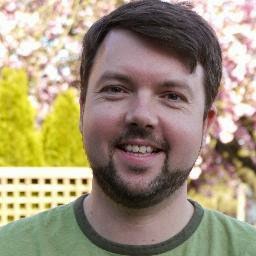 Chad Skelton, an award-winning data journalist, is a consultant and trainer based in Vancouver.

Chad worked as a data journalist at The Vancouver Sun until 2015. In 2014, Chad won an international Data Journalism Award for his portfolio of work in the previous year. He has also received the Jack Webster Award, B.C.’s top journalism prize, six times, most recently in 2013 for a data project on political donations and lobbyists in B.C.

He is the creator of The Sun's public-sector salary database, which has received more than 20 million pageviews to date, and has built popular interactive tools on everything from commuting patterns to income inequality.

He also made a Twitter robot that checks court judgments (@BCCourtBot).

Chad has taught at Kwantlen since 2005, receiving consistently high marks from his students. He also teaches the popular Citizen Journalism course (JRNL 1220).

Want to know more? You can drop Chad a line by emailing him at chad.skelton@kpu.ca.
Email ThisBlogThis!Share to TwitterShare to FacebookShare to Pinterest
Home
Subscribe to: Posts (Atom)